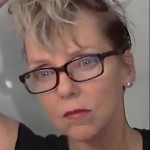 Send your WP login to SwiftThemes Staff
Often times we ask you for your WordPress login to debug a issue on your site. Use this form to send the login details. If it's a server related issue or if we explicitly asked for your cPanel or Ftp details, use this form instead. PS: Don't forget to change your password's after the issue it closed.
Copyright © 2020 Swift Theme Support